Seeing a country from the back of a horse is one of the most memorable ways to travel. With plenty of fresh air and the benefits of exercise, you’ll feel invigorated and refreshed as well as being able to cover more ground than you would on foot.

If you’re considering riding in Iceland but don’t know where to begin, we’ve selected five of the country’s top horse riding locations, where the scenery somehow manages to surpass the delightful experience of being on horseback. Check these out for starters.

Thorsmörk
Named after Thor, the Norse god, this valley nestles between three glaciers: Tindfjallajökull, Mýrdalsjökull and, thanks to the 2010 eruption, the now notorious Eyjafjallajökull. This nature reserve has been a protected area for almost a century and shielded by the higher ground, birch trees, ferns, and moss thrive in this sheltered spot. Hiking is one thing, but to have the opportunity to ride in Thorsmörk is both a pleasure and a privilege. You’ll traverse canyons, pass cooled lava streams, visit waterfalls and cross rivers during what’s surely one of the most beautiful places in the country. 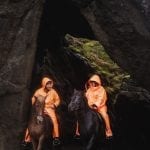 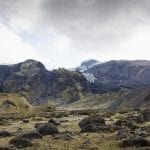 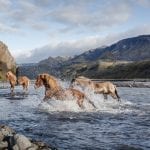 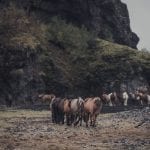 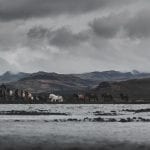 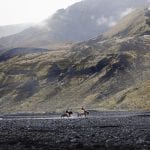 Snæfellsnes peninsula
The setting for Jules Verne’s Journey to the Centre of the Earth, the volcano Snæfellsjökull and its mighty glacier provide a suitably dramatic setting for one of the best rides you’ll do in Iceland. A network of riding trails leads you across lava fields and ash-strewn ground to volcanic craters. The national park’s unique variety of landscapes means you’ll also find yourself beside the sea, riding along with broad swathes of soft sand, with only an incoming tide to determine your timetable. This beautiful area is rich in birdlife too, making this an extraordinary place to ride. 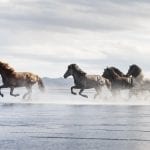 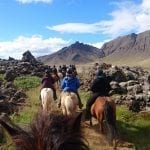 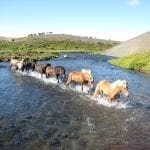 The Golden Circle
Of course, it’s easy to arrange a sightseeing tour of the Golden Circle, but think how much more rewarding it would be to ride to these, Iceland’s most famous natural attractions. On horseback, you’d trek along the banks of the Thjórsá River, approaching Gullfoss Waterfall where water plunges down a double drop into a narrow canyon on the Hvítá River. Riding towards the hot springs of Geysir, there’s a chance to take a break to watch the incredible sight of Strokkur erupting. This being an area of geothermal activity, there’s no better way to soothe those aching muscles with a dip in a hot spring at the end of the day. 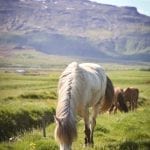 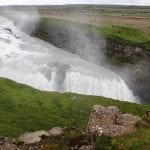 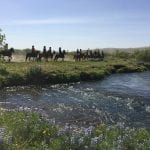 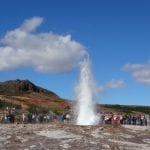 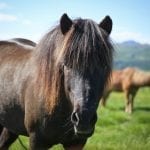 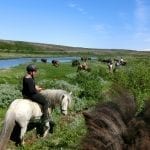 The southern highlands
The rhyolite peaks and raw black lava of Landmannalaugar make this one of Iceland’s most awe-inspiring locations for a horseback ride. This geothermal area is liberally scattered with hot pools and warm water rivers. Sure-footed horses make light work of the rough terrain, leaving the rider free to appreciate the awesome scenery they’re riding through. The icing on the cake is the jaw-dropping view of one of Iceland’s most active volcanoes, Mount Hekla, whose past eruptions were responsible for the landscape in this area. 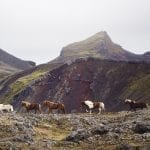 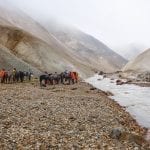 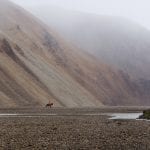 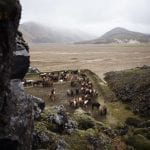 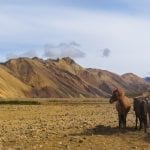 North East of Iceland
The area around Lake Mývatn is arguably the most spectacular in the north of Iceland, characterized by bubbling mud pools and rugged lava fields. Relaxing in the Mývatn Nature Baths is a treat after a day in the saddle. Together with the lake itself, majestic Dettifoss is one of the highlights of the Diamond Circle route. It cascades an impressive 45 meters down into the Jökulsárgljúfur canyon. That same canyon is where you’ll find the curious basalt columns of Hljóðaklettar, nicknamed the echo rocks thanks to their eerie reverberations. Riders can easily reach Ásbyrgi Canyon, unusual horseshoe-shaped depression in the northern part of Vatnajökull National Park. Arctic foxes inhabit the birch and willow forest at its base but some believe that elves also make their home in these breathtaking cliffs. Keep your eyes peeled – maybe you’ll see them? 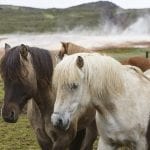 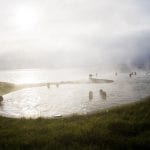 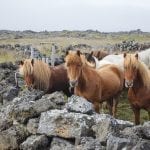 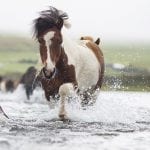 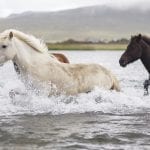 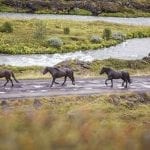 More from the blog

Horseback riding in Iceland in the times of Covid19

Fun facts about the Icelandic horse